Much to the delight of his fans, popular musician Sam Fender has confirmed he will be heading out on tour in support of his latest release Seventeen Going Under.

Very little has stood in the way of young North Shields artist Sam Fender and his rapid ascent throughout 2018. Having toured the UK and Europe relentlessly, building himself a loyal, passionate army of fans, Sam writes honestly and candidly about subjects of social and generational significance, broadly drawn from his experiences growing up in the North East of England.

The hit-maker has rose to stardom over the past couple of years thanks to his critically acclaimed album Hypersonic Missiles, with singles such as Play God and That Sound smashing airwaves across the United Kingdom and beyond.

However, the ban on live music throughout the pandemic left fans of the North Shields star frustrated as he was forced to postpone and cancel numerous tours, owing to the ongoing struggle with coronavirus and the social distancing measures it carried.

Thankfully, with restrictions eased countrywide, the 27-year-old has been able to announce several upcoming shows, including two sold out shows at Glasgow’s world famous Barrowlands later this month.

However, yesterday’s tour announcement means Fender enthusiasts can get closer to the singer than they ever have before, with the Get Your Down singer confirming a tour of small, intimate independent record shows in order to celebrate the release of his follow up to his smash hit debut album.

And Scottish fans are in luck after Dundee’s Fat Sam’s confirmed he would be taking in a sole Scottish date as part of the tour. 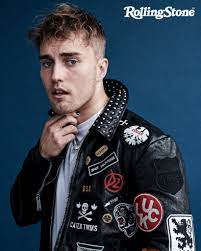