Bastille will be live at Fat Sam’s on February 6, 2022. Bastille are performing a concert at Fat Sam’s for their Dundee gig debut. This is sure to be a gig to remember for all fans of the band! Order your tickets to see bastille live in Dundee Now.

Bastille will be performing songs from their new album as well as previous fan favourites such as “Pompeii” and “Happier“.

Get your ticket to see Bastille perform an intimate live session on the 6th February 2022 at Fat Sams in Dundee, to celebrate the release of their new album “Give Me The Future” which will be released on the 4th February 2022.

Bastille is a Grammy-nominated English pop-rock group formed in 2010. The group released their first album, “Bad Blood“, in 2013 which reached the UK’s top 10 hits. Their second album, “Wild World“, was released in 2016 and peaked at number 2 on the UK charts. The album featured the hit singles “Good Grief” and “7 Days”. The band embarked on a world tour in support of the album, playing over 150 dates across 6 continents. 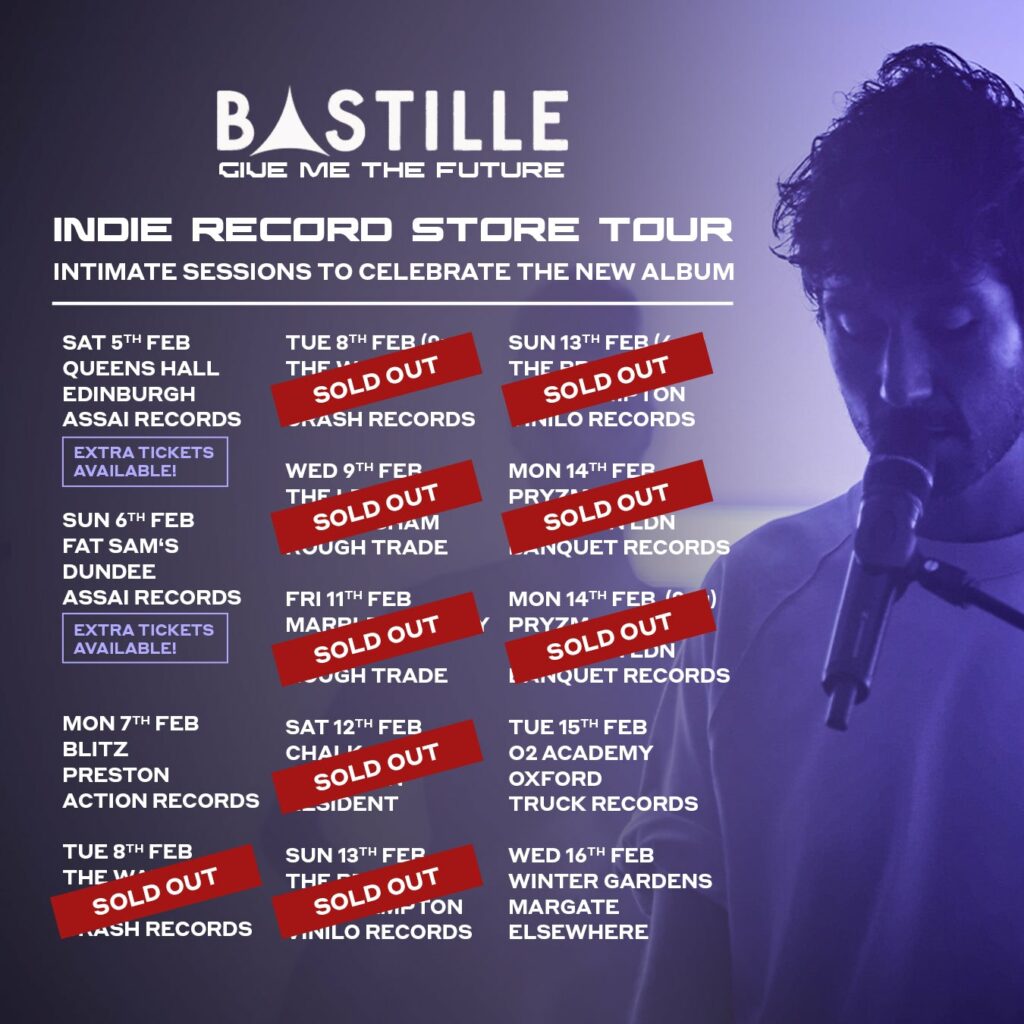 Exclusive Bastille Tickets To See Them Perform In Dundee

Customers can get their tickets for the event are available through Assai’s website alongside a CD or vinyl of their new album. Assai Records are selling a Bastille “Give Me The Future” Album + Fat Sam’s Ticket Bundle on 6th February 2022. Bastille tickets are available now and customers are urged to buy them early to avoid disappointment. Entry tickets start from £14: 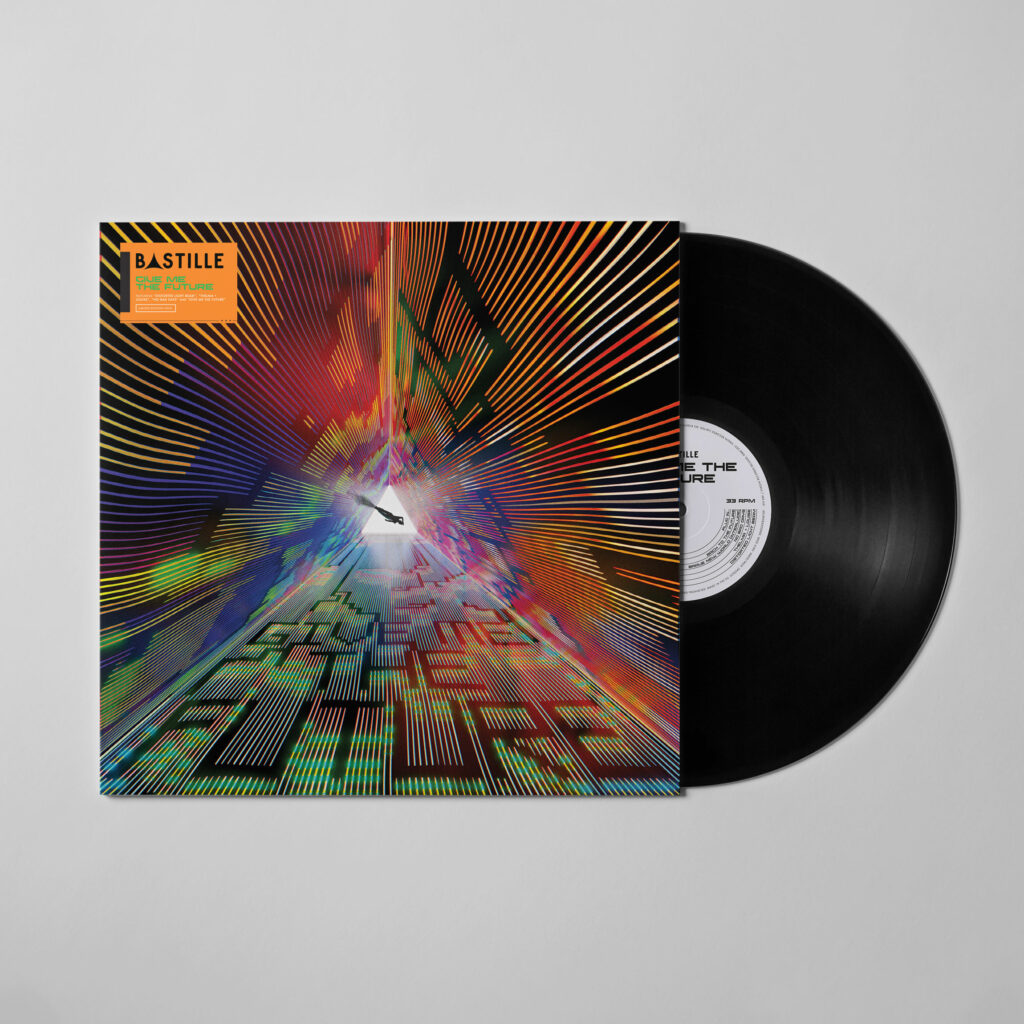 Order your tickets from the Assai site

Tickets are e-tickets that will be issued approx 5 days prior to the show.

PLEASE READ ALL DETAILS BELOW BEFORE PLACING YOUR ORDER

Fat Sams Dundee is an iconic venue within the city of Dundee. Located on Ward Rd, Fat Sams has become one of Dundee’s favourite places to party and enjoy live music by some of the best artists in the world.

This is the perfect venue to see Bastille perform their first intimate gig in Dundee. Be ready to sing along with the band as they perform their exciting tracks off their new album.

This show is sure to be one of the most talked-about concerts by Dundee’s music scene. If you’re a fan of Bastille, then this is an event you don’t want to miss! The intimate gig at Fat Sams will celebrate the release of their new album “Give Me The Future”. Be ready to sing along with the band as they perform their exciting tracks off their new album.

Few bands have achieved the kind of success Bastille has. From their humble beginnings in London to selling out arenas worldwide, the band are progressing rapidly with unstoppable momentum.

With a new album set to release on 4th February 2022 entitled “Give Me The Future” Bastille are starting to tour across the UK. As part of the intimate tour, the band will be performing at Fat Sams on Ward Rd in Dundee for one night only.

Fat Sam’s is the ultimate gig venue in Dundee

Fat Sam’s is the perfect place to see Bastille perform its first intimate gig in Dundee.

With an extensive drinks menu available at the bar, you’ll be sure to enjoy yourself at this event.

If you’re interested in finding out more about Bastille and their new album “Give Me The Future“, make sure to check out their Facebook page. You’ll be able to access more details about the album.

Please note, this event has age restrictions 14+, under 16s must be accompanied by an adult. 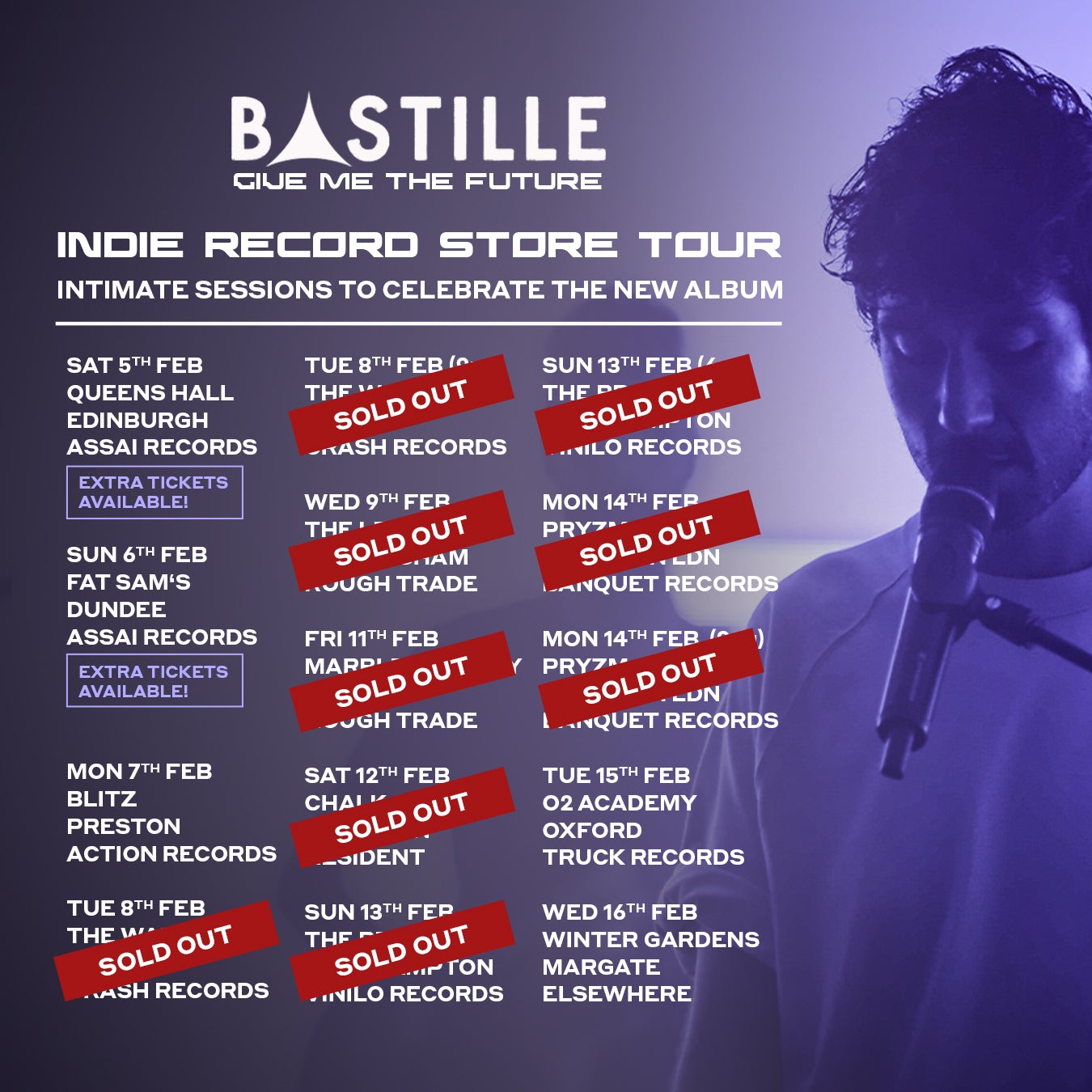