Travis will perform a stripped-back, intimate gig at Fat Sams Dundee on May 23rd 2022.

The Scottish pop-rock band will come to Dundee to play a short, intimate gig at Fat Sams. The guitar pop quartet Travis are marking 20 years of their hugely successful The Invisible Band with a UK tour in May 2022.

The shows will see the band run through their 2001 album along with songs from their latest record 10 Songs and a selection of hits from their storied career.

Travis will be performing a number of shows across Scotland and the rest of the UK including Dundee, Glasgow and Edinburgh.

The band’s most successful album “The Invisible Band” was released in 2001 and reached number 3 on the UK albums chart followed later by “10 Years In a Livetime” which landed at number 4 in 2007.

The band also scored a number of UK top 40 singles throughout their career with songs such as “The Fear”, “Driftwood” and “Why Does It Always Rain On Me?” along with their most popular song “Sing”. Travis have been credited as one of the most important bands to emerge from the Britpop era along with Oasis, Blur and Pulp.

The band have spent the last few years working on their first new material in six years. Entitled “10 Songs” it was released earlier this year and reached number 7 in the UK charts. 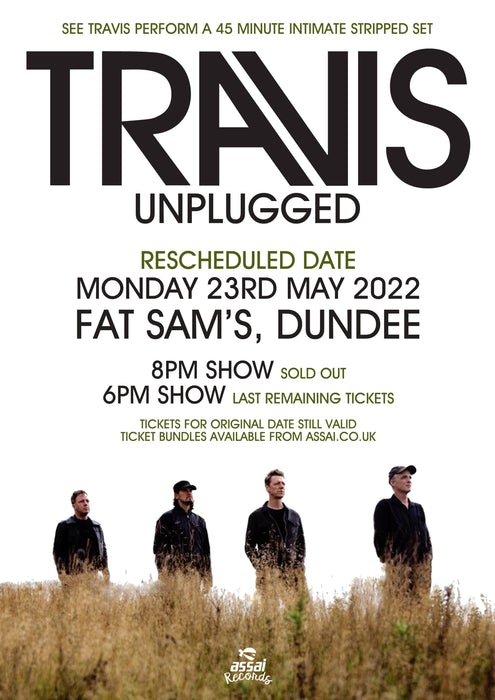 Fat Sams Dundee is an iconic venue within the city of Dundee. Located on Ward Rd, Fat Sams has become one of Dundee’s favourite places to party and enjoy live music by some of the best artists in the world.

Fat Sams is the perfect place to see Travis’ perform their intimate gig in Dundee. Be ready to join in and sing along with the band as they perform their exciting tracks off their new album.

This show is sure to be one of the most talked about concerts by Dundee’s music scene. If you’re a fan of Travis, then this is an event you don’t want to miss! The intimate gig features popular songs from their album “10 Songs”.

Fat Sam’s has an extensive drinks menu to ensure this is the ultimate gig experience!

Customers can get their tickets for the event are available through Assai’s website alongside a CD or vinyl of their new album.

Enjoy an intimate performance from Travis with their new music, this experience will be one to remember so purchase your tickets today and save the date in your calendar!

Please note, this event has age restrictions 14+, under 16s must be accompanied by an adult.

Details of the concert can be found via Assai Record’s website where Assai Records customers can purchase tickets. 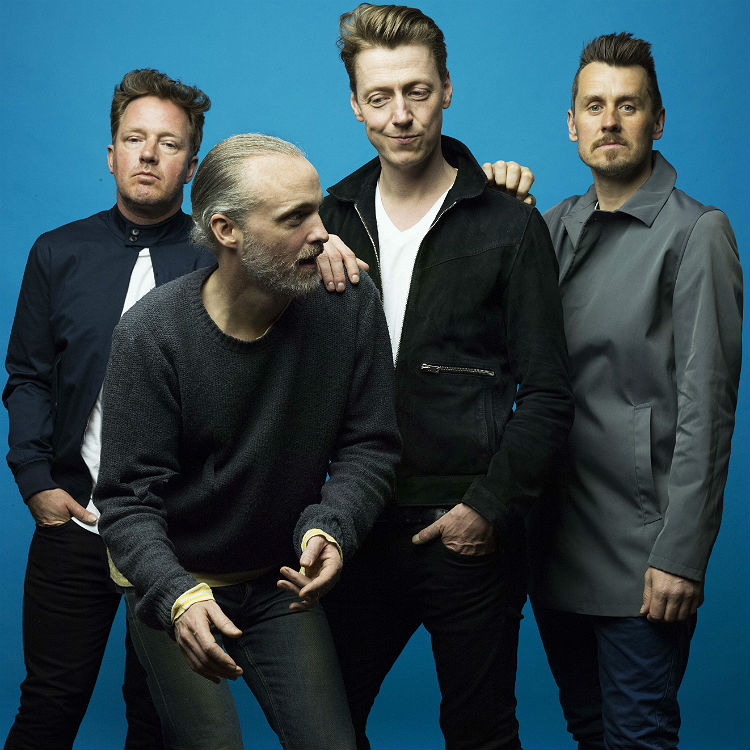