Summer Sessions sees Noel Gallagher and the High Flying Birds, Stereophonics, Jake Bugg, Circa Waves and more at Slessor Gardens on the 11th and 12th of June

This June presents the biggest festival Dundee is yet to see! Summer Sessions visits many locations but kicks it all off at Club Tropicana and Venga, get your tickets today.

Join us for the official afterparty at Club Tropicana and Venga! Slessor Gardens will be alive with the sounds these famous bands so don’t miss your chance to keep the party going with us all night long

Simply show and Summer Sessions Festival ticket to our cash desk to receive FREE entry before 11.30pm. Don’t forget to order your VIP drink packages in advance to make the night extra special for your and your group of friends.

Club Tropicana & Venga is the only place to be this Summer! With 2 floors, 4 rooms and 6 bars there is nowhere else to finish your crazy weekend than Scotland’s number 1 retro nightclub.

As the official Summer Sessions at Slessor Gardens, Dundee afterparty, we guarantee an unforgettable experience with live music, DJ’s, dancers and much more!

Situated on the Dundee Waterfront, this is the ideal location to experience the Ibiza Orchestra Live as well as the Sunniest City in Scotland! 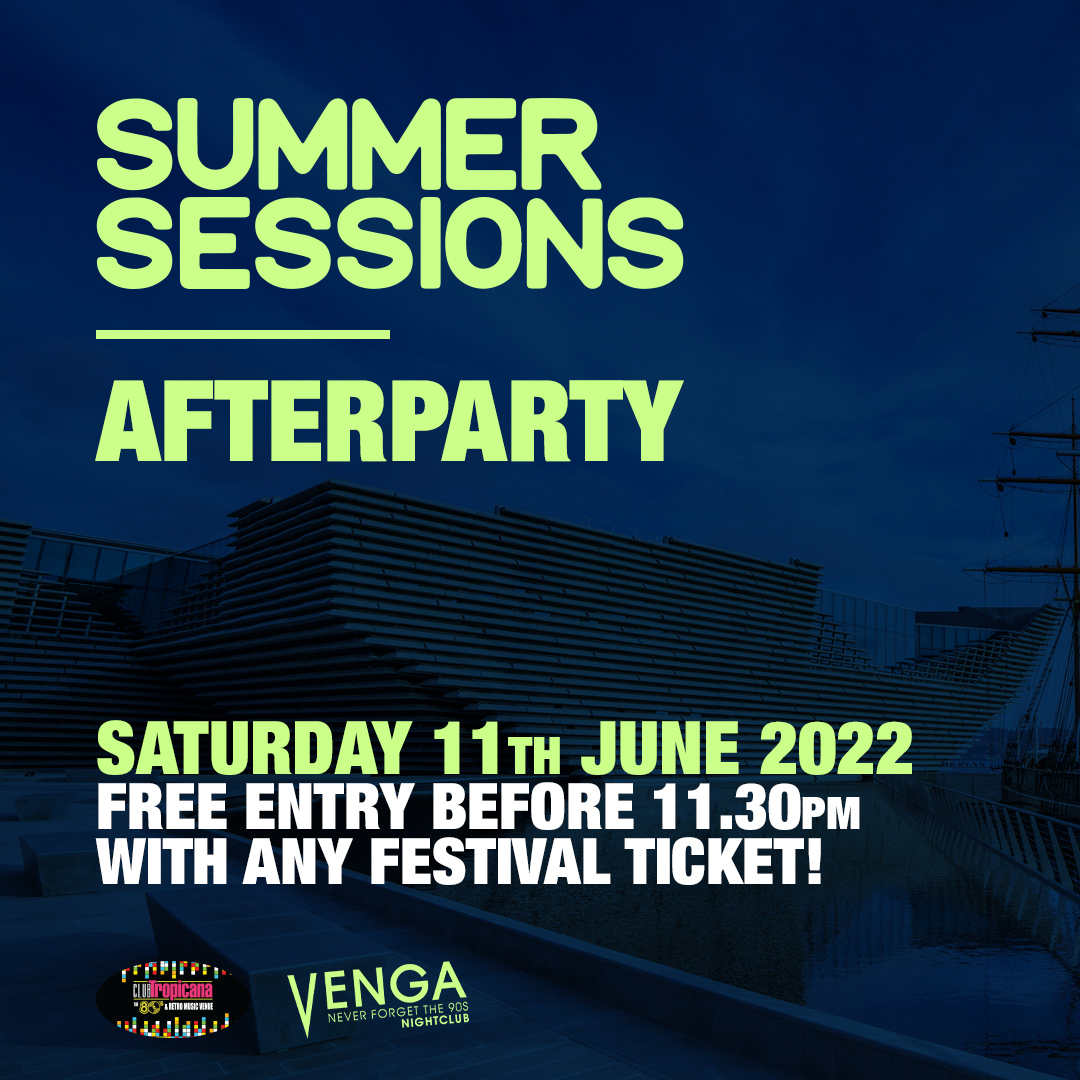