Pale Waves perform at Fat Sam’s Dundee on the 28th November 2022, get your tickets today!

With lyrics that play on the melodrama of youth and sonic elements that inspire the impressive, rock-fused poptimism of the ‘80s, they could have soundtracked iconic films like The Breakfast Club’. Don’t miss your chance to see Pale Waves live, get your tickets now!

Pale Waves are an indie pop band from Manchester, England, formed in 2014. The band consists of lead vocalist and guitarist Heather Baron-Gracie, drummer Ciara Doran, bassist and synth player Charlie Wood, and guitarists Hugo Silvani and Joel Peat. Pale Waves released their debut extended play, ‘All the Things I Never Said’, in early 2018. Their first single, ‘There’s a Honey’, was released in May 2017 and peaked at number 22 on the UK Singles Chart. In September 2018, Pale Waves released their second extended play, ‘My Mind Makes Noises’. The extended play’s lead single, ‘Television Romance’ was released in July 2018 and peaked at number 21 on the UK Singles Chart. 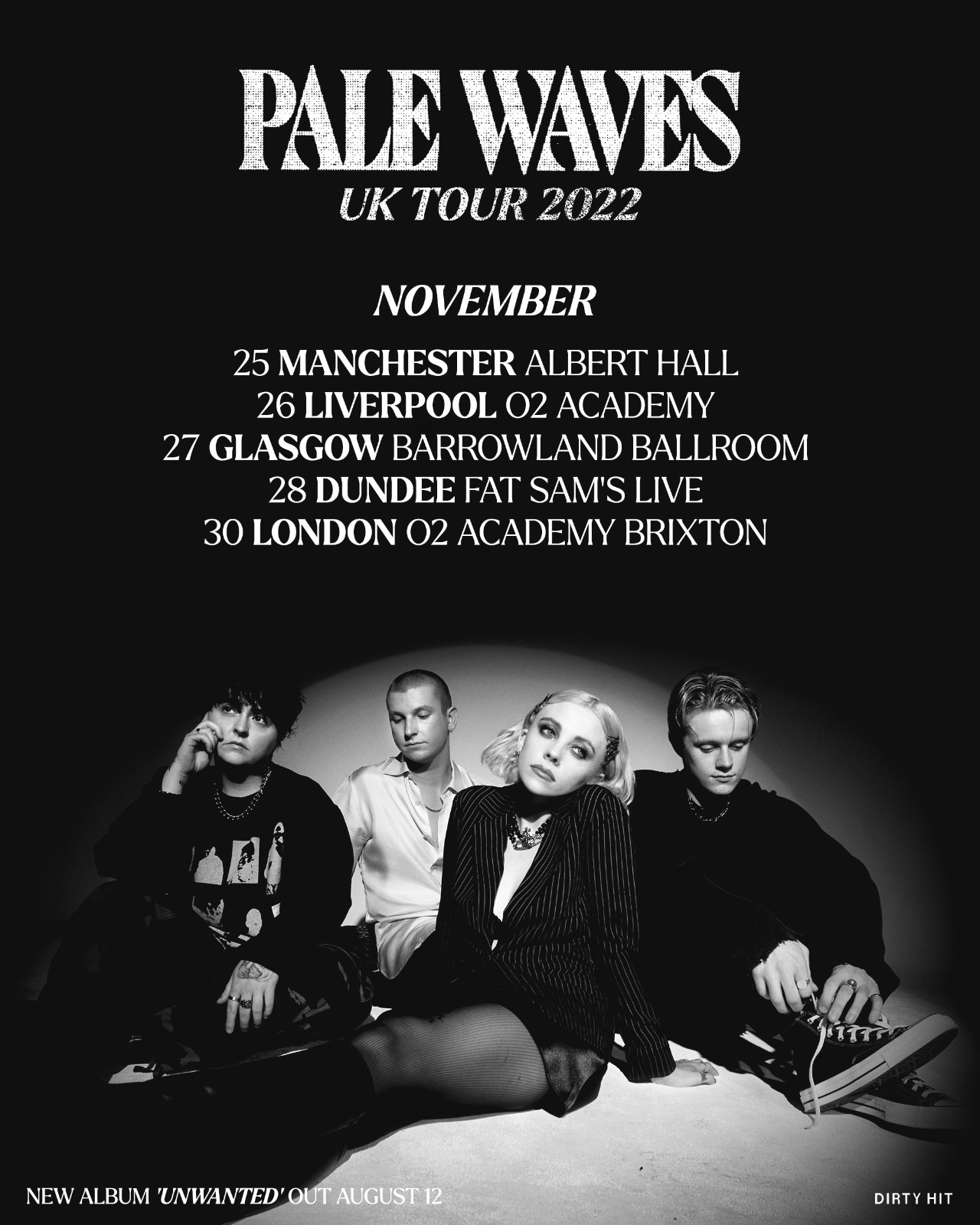 Fat Sams Dundee is an iconic venue within the city of Dundee. Located on South Ward Road Dundee, Fat Sams has become one of Dundee’s favourite places to party and enjoy live music by some of the best artists in the world.

This is the perfect venue to see Pale Waves perform their intimate gig in Dundee. Be ready to sing along with the band as they perform their exciting tracks off their new album.

Fat Sam’s is the perfect place to see Pale Waves perform their intimate gig in Dundee. Be ready to sing along with the band as they perform their most exciting new tracks!

This show is sure to be one of the most talked-about concerts by Dundee’s music scene. If you’re a fan of Pale Waves, then this is an event you don’t want to miss!

A max of 6 tickets per person and per household applies. Tickets in excess of 6 will be cancelled.

Per order delivery fees may apply and will vary depending on selected delivery method between £0.70–£4.95.

Find out more information about the night on Ticketmaster’s website, check out Pale Waves Facebook page for all upcoming news!

Check out upcoming gigs in Fat Sam’s and order your tickets in advance! 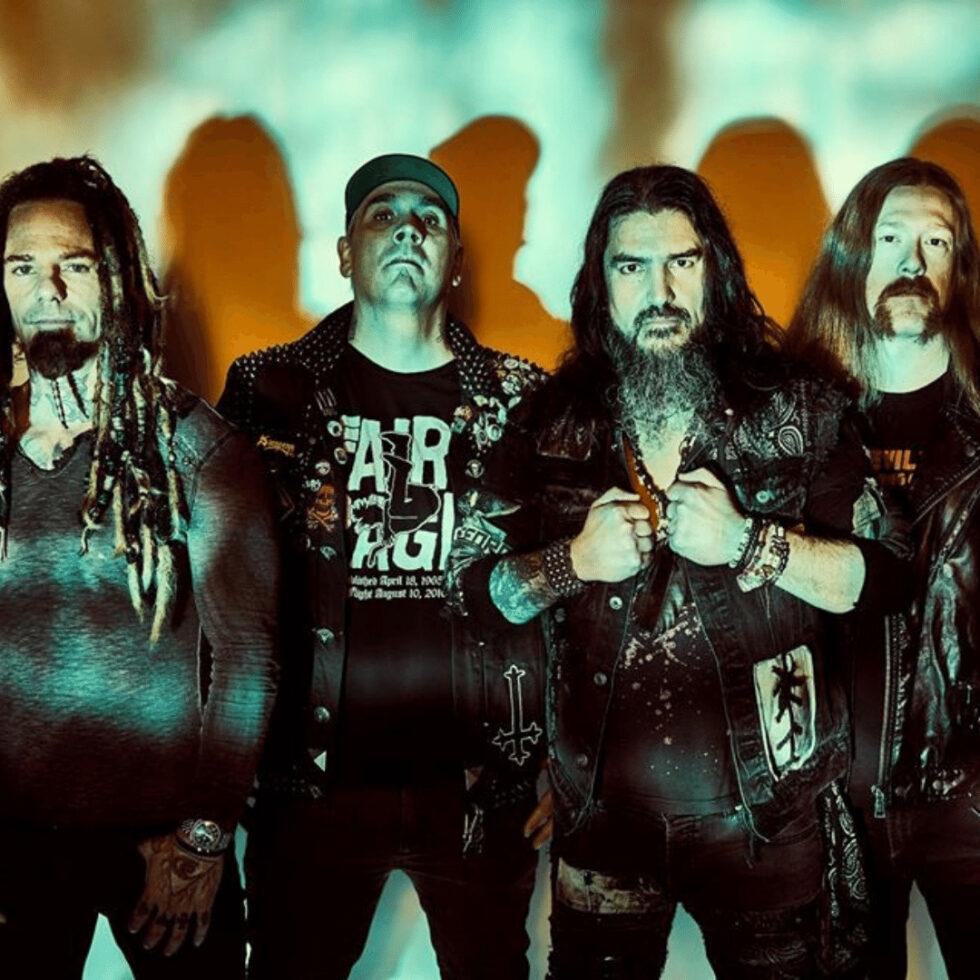 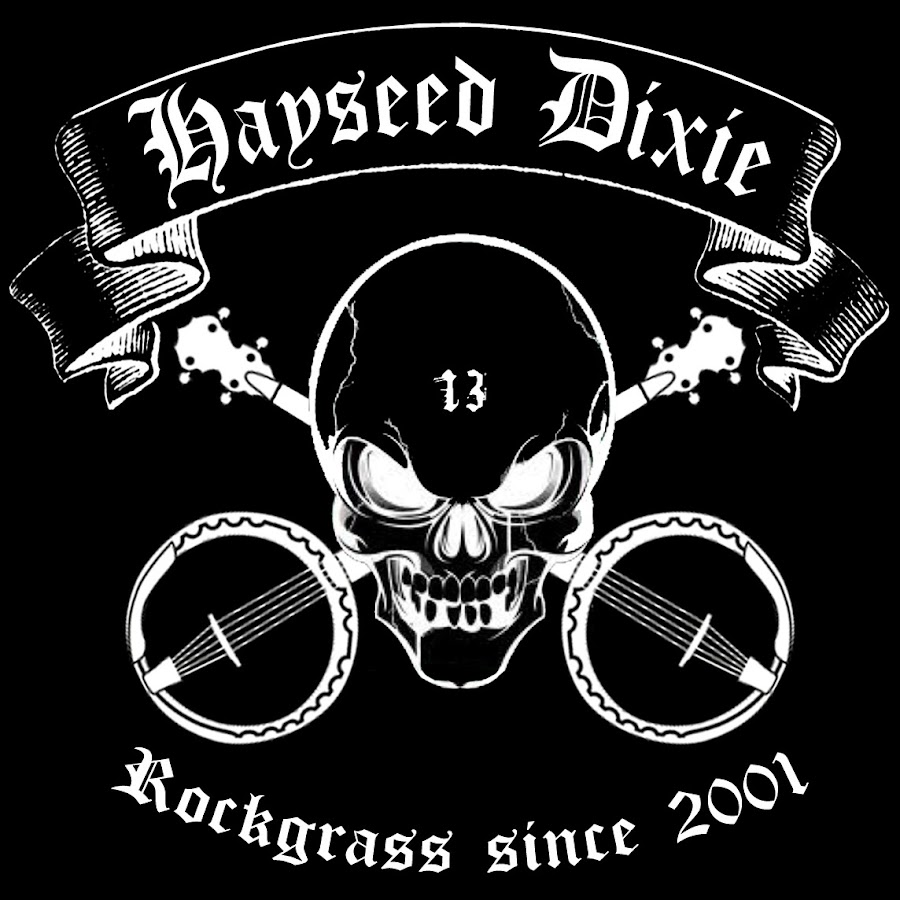 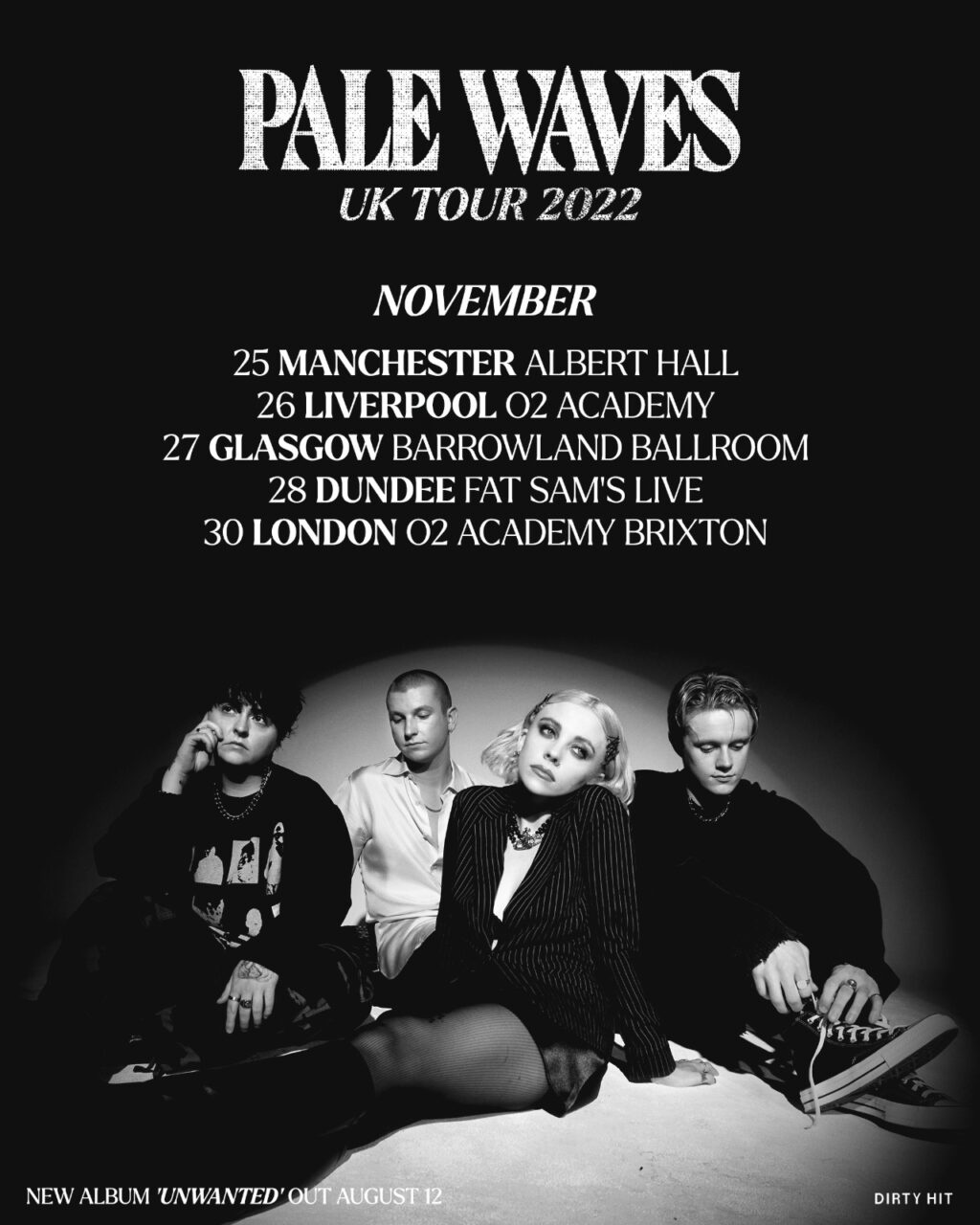