Calling all you dancing queens! Join the ULTIMATE ABBA disco at Dundee’s finest venue, Duck Slattery’s! Get your tickets today!

Grab your dancing shoes and come experience the best ABBA Disco experience combined with our incredible full venue transformation. With live performers, confetti canons, Co2 jets and more this is a night you don’t want to miss!

𝗔𝗕𝗕𝗔, 𝗔𝗕𝗕𝗔 & YES, EVEN MORE 𝗔𝗕𝗕𝗔! Plus, expect them to throw in some of the biggest Disco Jams from the era & power ballad anthems for a touch of full hearted sing-a-long fun – get ready to test those vocal-chords!

Don’t miss out on the Disco Wonderland ABBA Disco at Duck Slattery’s! Get your tickets today for an unforgettable night of dancing and fun.

Join us for an extravaganza of disco classics alongside ABBA’s greatest hits! Get ready to be transported to a new Disco Wonderland with wall to wall decor to bring you back to the 70s and to pay tribute to the world’s greatest group!

This is an unmissable experience, be a super trooper and get your tickets now! 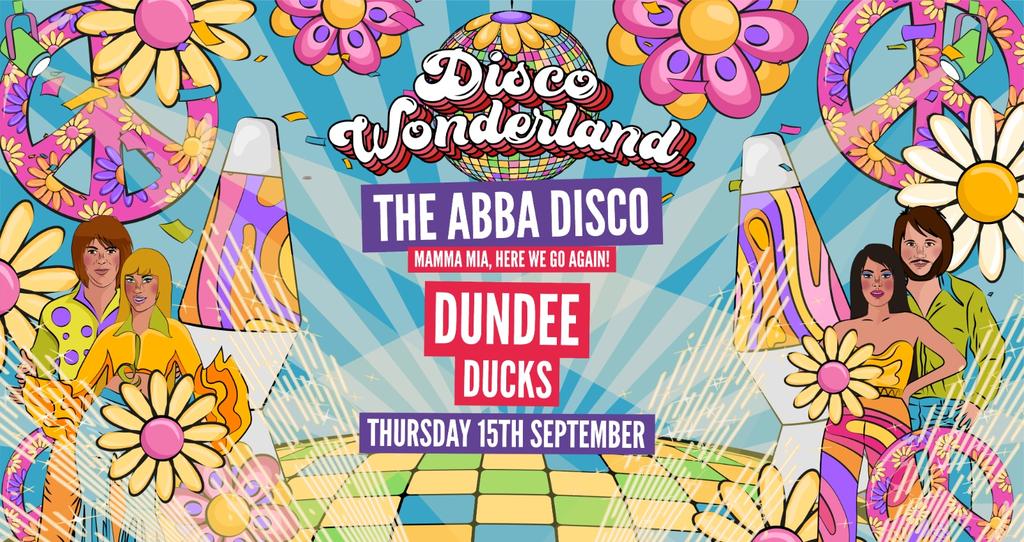