The Cammy Kerr Testimonial at Duck Slattery’s Dundee, get your tickets today

The Cammy Kerr Testimonial Committee are delighted to announce that for the first event of Cammy’s testimonial year will see Hall of Famer Claudio Caniggia return to the city and take the stage alongside Cammy in an event hosted by Mark Benstead.

The Cammy Kerr Testimonial Committee have also confirmed that former Crystal Palace and Ipswich Town goalkeeper Julian Speroni will be the the latest special guest.

This is a one-of-a-kind event

Sponsored by Kilmac Construction Ltd, and hosted by Sky Sports’ Mark Benstead, this is a one-off, unique, and not-to-be-missed event for any Dundee supporter. The event hosted at Duck Slattery’s Showbar, 31 S Ward Road, Dundee.

50 times capped Argentinian internationalist Caniggia – a former team mate and best friend of Diego Maradona – will discuss his World Cup heroics, that goal against Brazil, his time in Italian football, being offered the chance to return to the national team at 43 years of age, and of course, his time at Dens Park as a Dundee player – a move which stunned the world of football.

Cammy made his debut during the Championship winning season of 2013/14 under John Brown. After two loan spells with Peterhead, Cammy returned in 2016 and has been a first team squad member ever since.

He has captained the club on a number of occasions and during the 2019/20 season and recently made his 200th appearance for the club.

Tickets begin from £30 and can be purchased via Eventbrite. Check out more details on the event Facebook page or through Cammy Kerr’s website

Please note that due to the relaxed and informal nature of the venue, this event offers bench & casual theatre style seating. Tickets are non-refundable. Over 18’s only 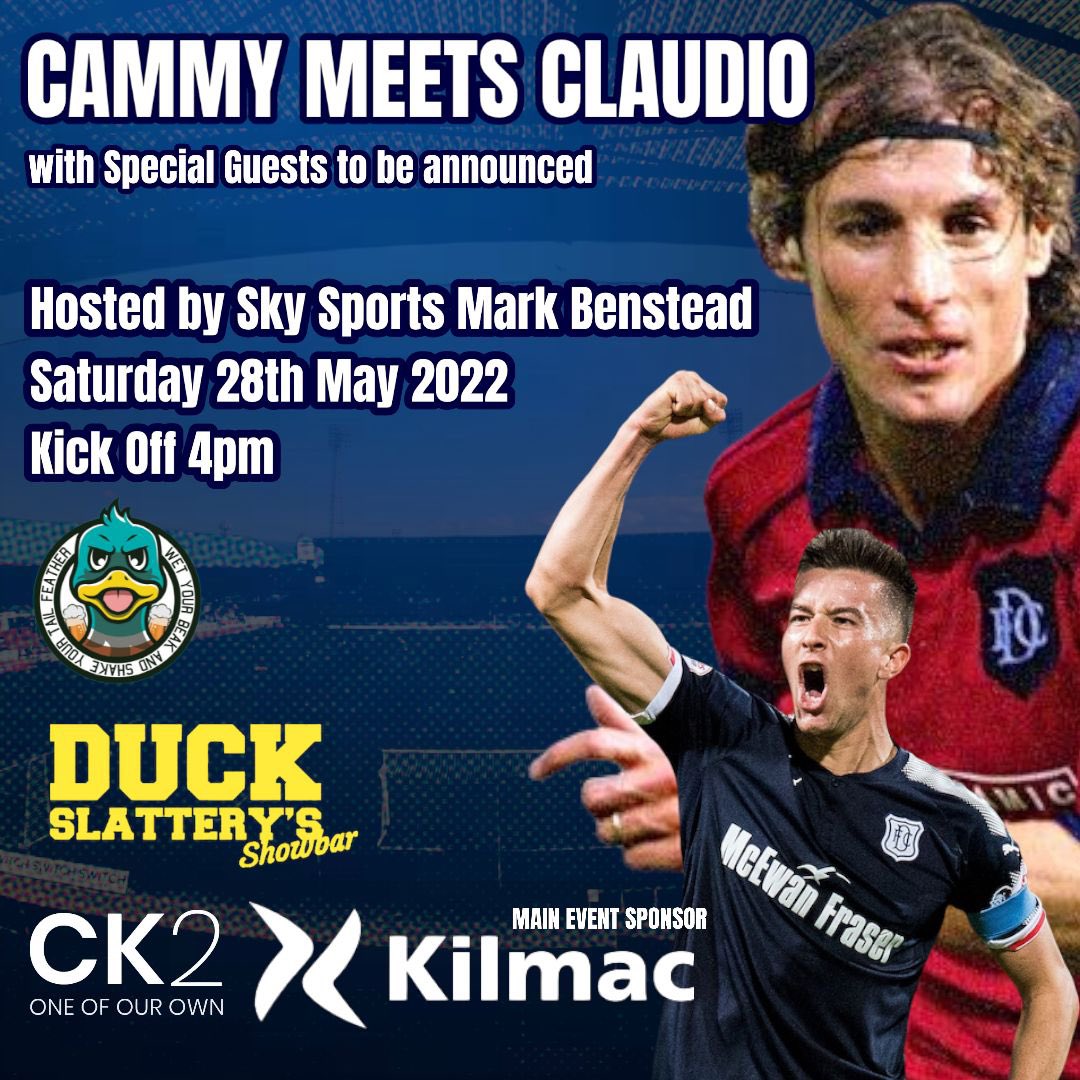